Another round of visa amnesty for foreigners residing or stranded in Thailand is unlikely, an immigration spokesman said Friday. The amnesty, extended back in April, will expire at the end of this month.

Spokesman Col. Phakkhaphong Saiubon said there’s a need to “clear out people” as the situation of global pandemic starts to wind down. The government issued automatic extensions of stays earlier this year only after hundreds of foreigners queued up at immigration centers throughout the country.

“There most likely will not be an extension. It’s all quiet on that front. It’s been a long time and we need to clear out people,” Phakkaphong said. “Thailand and the Thai government are already generous. No other country has this long of a visa amnesty.”

Foreigners wishing to extend their stay will also have to journey as far as the Impact Muang Thong Thani exhibition hall from July 13 onwards; immigration offices will temporarily move there to ensure physical distancing, the spokesman said.

The amnesty, approved by the government in April, allowed foreigners whose visas expire between March 26 to July 31 to stay in the Kingdom without applying for an extension at immigration offices.

After July 31, overstay fines as well as the 90-day report requirements will resume if the immigration declined to extend the amnesty. Foreigners who plan to continue staying in Thailand are advised to renew their visas and 90-day reports before then.

“I recommend you do it within this month,” Phakkaphong said.

Foreigners who do not or cannot extend their visas, or are unable to leave due to flight restrictions may try asking their respective embassies for an official letter to allow them to continue staying or they need to leave Thailand

“It also depends on the flights available for you,” Phakkhapong said. “But if your embassy won’t issue a letter for you, then you may have to leave since there’s not much we can do.” 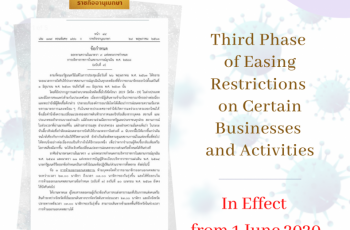 With the new wave of openings starting today BMA has … 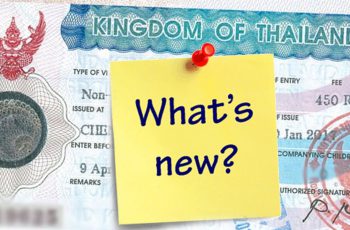 I am sure you were nervously waiting to see if … 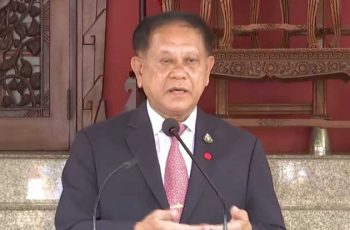 The current emergency decree in Thailand is set to expire … 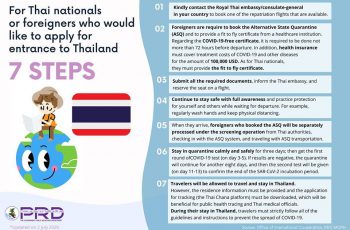 The Thai government has outlined the exact rules and step …